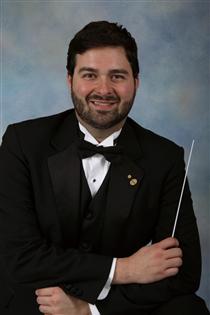 instructs Symphonic, Concert, Jazz and Marching Bands. Prior to his appointment to Leon High School, he served as the Director of Bands at Pinellas Park High School (Largo, FL) for three years. Bands under Mr. Commander’s direction have continuously received outstanding ratings throughout district and state assessments. Prior to earning his B.M.E from The Florida State University Mr. Commander was highly involved with the College of Music where he worked on the Board of Advisors for the College of Music, Marching Coordinator and later Staff Manager for the illustrious Marching Chiefs.

He was awarded the Manley Whitcomb Scholarship in 2010 for his continued support and effort to music education and a Medal of Honor from The Marching Chiefs. Mr. Commander is highly active in Tau Beta Sigma as a Southeast District Counselor where he works with collegiate students to develop leadership and post collegiate skills. He was granted honorary membership in this organization in spring of 2013. His other professional affiliations are NAfME, FMEA, and FBA.

An active saxophonist, he currently sits as the principal saxophonist for the Tallahassee Wind Community Band and sought after as a pit musician for local musicals.