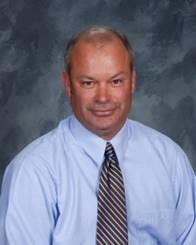 Coach Feely is a 1982 graduate of Buchholz High School in Gainesville, Florida, where he was an all-state football player his senior year. He graduated from Florida State University in 1987 and later earned his Masters Degree in Educational Leadership from FSU. Coach Feely loves working with students and comes from a family of educators. His parents taught together for over 30 years. Coach Feely came to Leon in 1999, and has worked as a Physical Education teacher, Assistant football coach, Head Football Coach, and Head Golf Coach. There have been three Athletic Directors at Leon High School since 1962. Gene Cox, and Jimmy Sauls preceded Coach Feely, who became the Leon AD in 2003.

Coach Feely has been married to Candace since 1990, and is the father of four children, Ashlynne, Leon Class of 2009, Eric, Leon Class of 2012, Ryan, Leon Class of 2014 and Drew, Leon Class of 2019. He has enjoyed time spent with his kids through their attendance at Leon High School. Diagnosed with Multiple Myeloma, in 2009, he is a survivor of two lifesaving stem cell transplants at Shands. Coach Feely is extremely grateful to everyone’s unbelievable support, and he still enjoys going to all of the activities and athletic events at Leon he can. While away from Leon, he enjoys spending time at the family beach home on Anna Maria Island.