Home of the Crocs

Who was Kate Sullivan 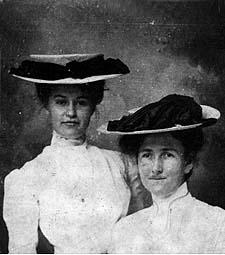